The 2015-2016 season for Igor Gorgonzola Novara started yesterday, as the first three players plus the whole technical staff had the first meeting with the club board and with the supporters in Trecate, at the club bureau. With eleven players still busy with the international activity of the respective national teams, just the belgian spiker Helene Rousseaux and the italians Eleonora Bruno (libero) and Noura Mabilo (middle blocker) joined the first official act of the new season. The first coach Luciano Pedullà took a short break from the german national team activity in order to join the gathering together with the club president, Giovanna Saporiti, and the general manager, Enrico Marchioni.

«We are going to write a completely new chapter in our club history – said Luciano Pedullà – as for the first time our club will join the DenizBank Volleyball Champions League. We approach this new season with the right enthusiasm and with a big determination: we got wonderful results last year, winning the italian Cup and missing for just couple of rallys the chance to win the italian title. Now we want to grow and improve».

The DenizBank Volleyball Champions League is a new contest for the club but not for Helene Rousseaux, who already played the European club most prestigious cup twice in her career: «I was missing Champions League – said the belgian spiker – I was missing the chance to match the best clubs and the best players. I played in this competition twice in past, when I played for Volero Zurich, and I chose to join Novara also in order to play again Champions League».

«We are excited for the new season – said Enrico Marchioni – and we look forward to challenge the best club in Italy and in Europe in order to gain the best results. We have a lot of young players, but any of them has already a good international experience and this is important to get good results, especially in the DenizBank Champions League». 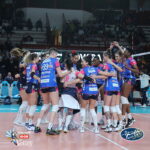 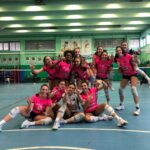