Novara, Italy, October 7, 2015. The italian rookies Igor Gorgonzola NOVARA are ready to visit Sopot for a thrilling clash.
Luciano Pedullà and his blue girls are taking off tomorrow morning to Poland where on tuesday night they will face PGE Atom Trefl SOPOT in the 3rd match of the League Round of Cev Denizbank Champions League 2016. The italian runners-up come from a double k.o. in the last two games played, after the first time ever victory in the finest club continental competition over Calcit LJUBLJANA. Novara lost 3-0 from Casalmaggiore in Cremona one week ago and in the last round got the first home-defeat in the new season after a thrilling 2-3 against Montichiari in the italian A1 league. «Now for us it’s time to reset and focus on the Sopot game – said the team mentor Luciano Pedullà – and I am confident about our chances to gain a positive result in Poland. It will be a very important game for us, but we are getting used to play each time important games. Also, we will have few hours to prepare the match, but this won’t affect our chances to gain a victory». Same music and words by the team captain, Martina Guiggi: «After that we have lost in Cremona, a lot of tension came along the team and it was not easy for us to prepare the home game with Montichiari. Now we look forward to our Champions League game, as we seriously want to get a victory and change this bad mood. It won’t be easy but we are ready to fight». 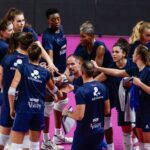 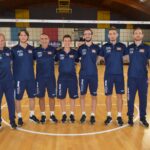