Novara, Italy, January 12, 2018. She did celebrate her birthday on the road, and in the gym just like an ordinary day. That is what happened to Francesca Piccinini two days ago, on January 10, when she was just flying to Istanbul with her team, Igor Gorgonzola NOVARA, and prepared there for their Champions League fixture with Fenerbahce SK ISTANBUL.

That is not that an unusual thing for a woman who just gave all of her life to Volleyball, for more than 25 years now. Francesca Piccinini just turned 39 and such a long time has passed since her first professional Volleyball experience, which came in 1993, when she made her debut in the first division of the Italian national league with Carrarese.

During her 25-year-long career, Francesca always played in Italy but one season, when she wore Paranà’s jersey in the Brazilian Superliga. It was in 1998-1999 and that was the turning point for her career. Her return to Italy took her to Bergamo where she just became one of the world’s top players, winning the CEV Champions Cup in the 1999-2000 season. It was her first of nine European Cups wins (after that she continued her impressive series with one CEV Cup, one Cup Winners’ Cup, one European Supercup and five titles in the Champions League, the last one just two years ago with Pomì CASALMAGGIORE).

“Every trophy, every victory,” said the Italian Volleyball star, “had a special taste for me and was, somehow, special and unique. The World Championship won with the Italian national team in 2002 was just something historic, but the same happened with the 2017 national championship: it was the first one for Novara after being five-time runners-up and the whole city had been waiting for it for 15 years. I wanted to achieve this goal and that is why I chose Novara for this stage of my career. As I said, I am proud of everything I won and experienced, but I am not going to stop, it is not time for quitting yet.”

It is becoming quite common for Francesca to meet on the court, on her as well as on the other side of the net, players who were not yet born when she started her career. “I like to compete with them,” she admits, “and I like to be a role model for them. I am happy and honoured for having the chance to help them improve and grow. That is what happened to me when I was very young and I shared my time with more experienced and talented players. Still, I am also persuaded that competing with them I can keep growing and improving myself every single day.”

How does it feel, to celebrate such a special day away from home and family? “After spending so many years as a professional athlete, I am just used to it. It used to be strange, but now that is just an ordinary thing. Somehow, I can say I celebrated my birthday with my Volleyball family, my team: with these girls I spend most of my time during the league season and I am glad I could share this kind of moments with them. Being a professional athlete,” concludes Piccinini “means you have to make sacrifices. I perfectly knew it when I chose to live this life and I have experienced it every day, since I chose to keep fighting for it. In future, I will have babies, I will start a family… but before that time comes, I keep choosing Volleyball. My secret? I have only one: I still enjoy everything of Volleyball like the first day I played this game.” 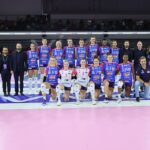 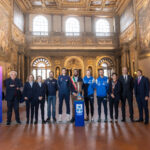